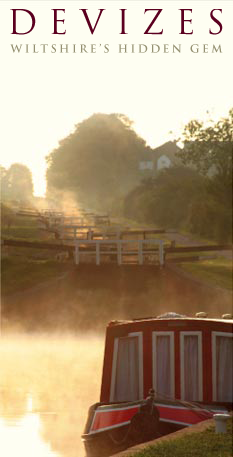 Devizes, "Wiltshire's hidden gem", is a medieval market town in the centre of Wiltshire just north of Salisbury Plain, 16 miles from Stonehenge, 8 miles from Avebury.
The building of a castle in Norman times dictated the layout of the town which is stll visible in the ‘D’ shape plan today, now containing over 250 shops, 50 Heritage Plaques, 50+ eatng places and tea shops, 14 traditonal pubs, 5 pedestrian only shopping precincts, 3 ancient churches, 2 museums, including the awarding winning Wiltshire Museum, the Kennet & Avon Canal Trust, the “Caen flight” of canal locks and a working Victorian (Wadworth) brewery that runs tours and tastings.
In 1141 the borough received a royal charter permitting regular markets, which are still held weekly in the open Market Place, one of the largest in the West Country.

The Town centre is a bustling hive of activity with over 500 listed buildings, a frequent Gold winner of South West in Bloom and holds Coach Friendly Town status.

Conveniently centrally located in the county, it is an ideal base from which to explore the surrounding countryside either on foot, cycle, car or water.  Major retail centres are close at hand and attractions for all ages and tastes.

Throughout the year there are a series of festivals and street activities, many of which are free.  The most notable is the Devizes Carnival fortnight in late August and the Lantern Parade & Christmas Festival on the last Saturday in November.

Why does Devizes need a railway station?

Devizes is an area surrounded by both beautiful scenery and historic sites. A railway station would help boost connectivity, enhancing tourism, and reducing the impact on roads.
For more information....please follow this link .

Bedwyn Trains Passenger Group is also conducting a survey to improve rail services.
You can participate in the survey which will be linked to the Devizes Gateway Porject. 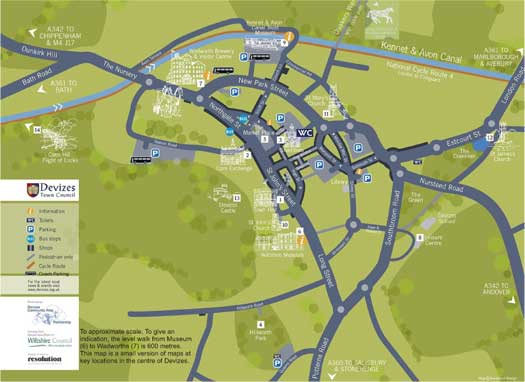 For a larger version of this map please click on the map.